There were more than 30 challenges to complete and 300 teams participated.

Here is our traditional contribution to the community, a writeup on the three following Forensics challenges :

In this challenge, we were given a PCAP file. Taking a close look, we can see that some HTTP requests to 87.107.123.4 get responses with very interesting HTTP content:

For example, on the screenshot, we can see that the content is queried on port 24931 and we get a directory listing indicating that a file named first_part_of_flag exists on the server. We need to find the other parts of the flag.When filtering using the following Wireshark filter, we can see interesting results:

In short, we get the following information:

Let's just get the flag parts and score! ... 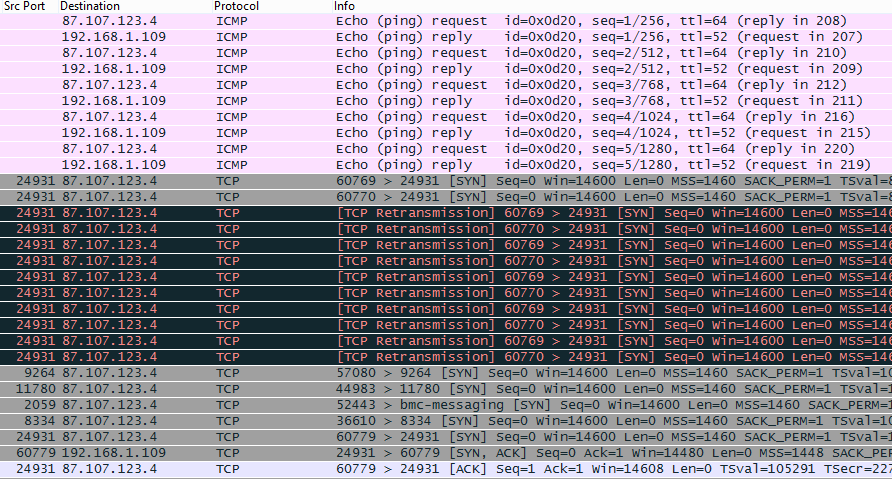 Some ping/ICMP traffic and then lots of SYNs on various ports. This looks like some port knocking technique to open the HTTP ports.

For each flag part, we need to perform a port knocking mechanism involving sending SYN packets to several TCP port before making an HTTP request to the now open port.

For example, to get the second part of the flag, we need to:

Now, to get the flag, we just need to write a small scrip to implement this logical process. We will use the scapy python library to perform the port knocking and curl for the HTTP request part:

Forensics 150 - (Postscript in PCAP in PCAP)

We were presented (again) with a PCAP file. Let's take a look at what HTTP objects Wireshark can extract from this file: 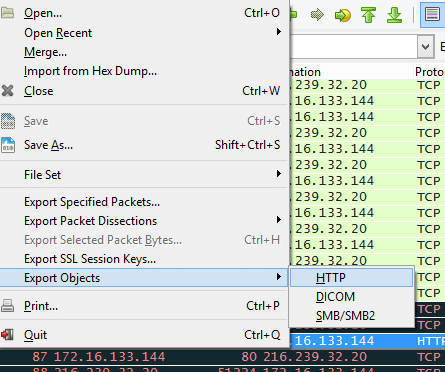 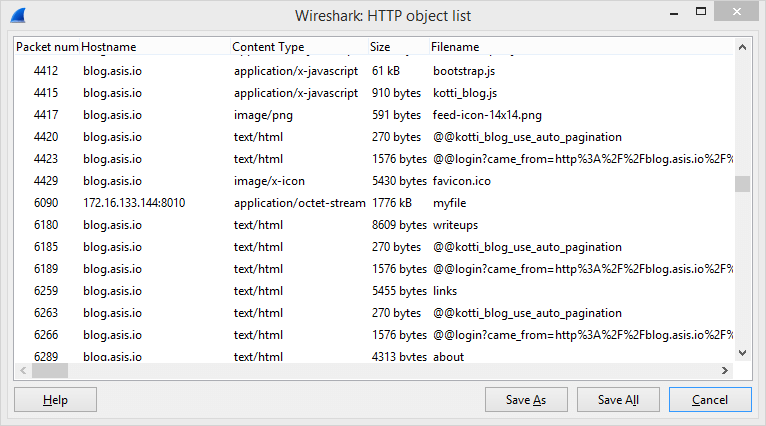 We export all the files to a folder. Some bash-fu to quickly look at interesting files:

The myfile looks juicy as it is a PCAP file inside our first PCAP file. But if we try to open it:

Fortunately, there is pcapfix. We can use the commandline version or the online version. After fixing the myfile PCAP, we can have a look at its content.

Looking at the TCP stream is even more interesting: 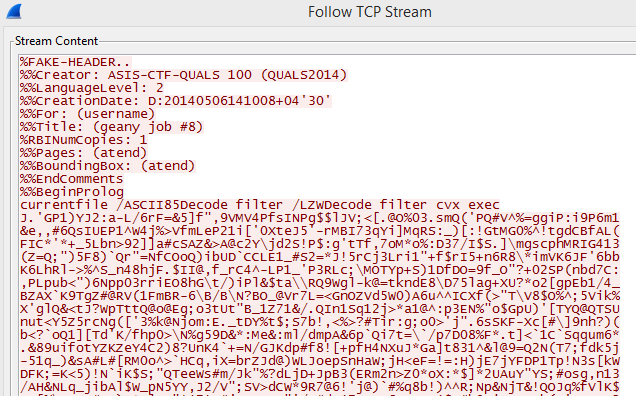 Clearly, we have something to look into here. We can save each TCP stream to a file.

Now we have 3 files but we don't know how to read them. If we look at the destination port of the TCP stream, we see it is port 9100 which is commonly used for printing.

By manually checking every file, we finally get our flag. 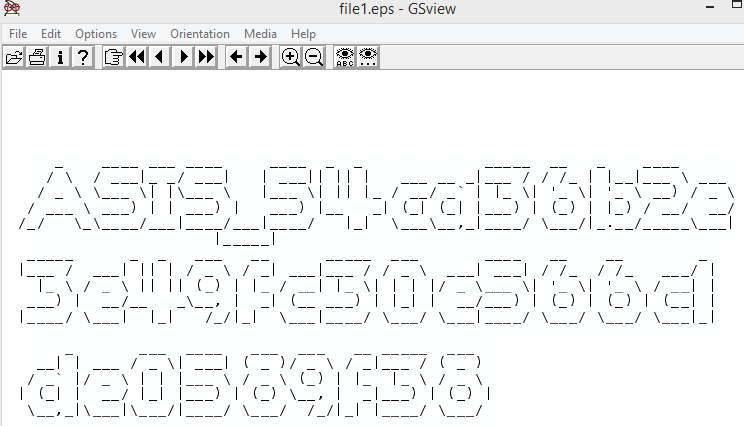 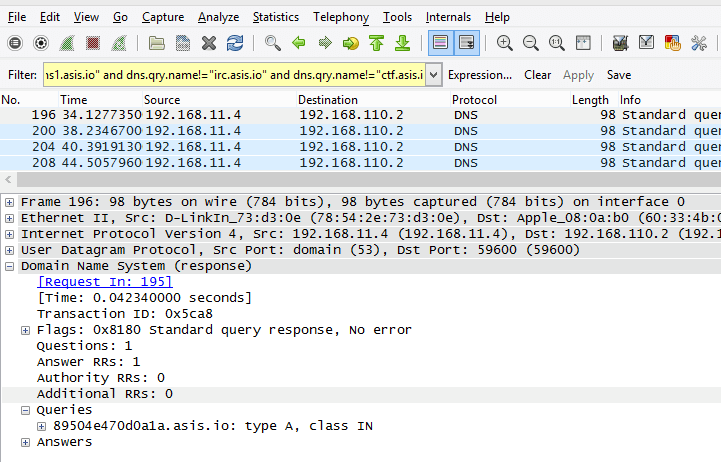 Let's filter the DNS packets. We have to be careful and only keep the DNS packets that the nameserver has correctly answered (no "No such name answer"). If we do not filter these requests (as we were not doing properly when solving this challenge), resulting file when decoding will not be valid.

We use the following wireshark filter to only get good answers (filtering on dns.flags) and removing DNS answers to legitimate names:

After filtering, we are left with only 194 DNS responses and we can use Wireshark to export only the filter packets ("File" -> "Export Specified Packets").

We can then use some bash-fu to get only the hexadecimal parts of the DNS answers.

At the beginning of the dns.hex file, we can recognize the hexadecimal header of a PNG file (89 50 4E 47) so we try to decode dns.hex and write it to a PNG file:

We get a fine looking PNG with the flag: